World Alzheimer's Month | Moving Away from the Stigma

Alzheimer’s may be associated with aging, but it is not merely a disease of old age. Learn more about the most common type of dementia as we celebrate World Alzheimer's Month. 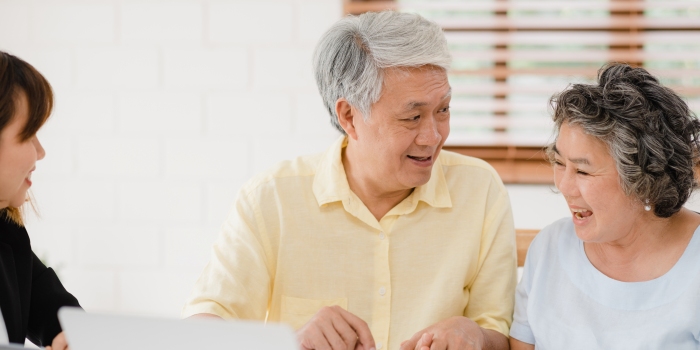 Launched in 2012, World Alzheimer's Month aims to raise awareness about dementia and challenge the stigma that surrounds this disorder. It is observed every September through the international campaign and efforts of Alzheimer's Disease International, the umbrella organization of over 100 Alzheimer’s associations worldwide.

What is Alzheimer's Disease?

Alzheimer's disease is a progressive and irreversible type of dementia that causes problems with memory, thinking, and behavior. Because the memory and thinking skills are impaired, the ability to perform even the simplest tasks are compromised for the patient. According to the World Health Organization (WHO), 60-70% of the 50 million dementia cases suffer from Alzheimer's.

Symptoms include memory loss, confusion with time and place, problems finding words when speaking or writing, inability to learn new things, and poor judgment. In its early stages memory loss is still mild, but worsens over time.

Dementia is a general term used to describe the symptoms that impact our memory and performance based on our cognitive thinking. Healthline explains it is a syndrome - a group of symptoms without a definite diagnosis. Alzheimer’s falls under this umbrella category.

What are the Risk Factors for Alzheimer's Disease?

This disease is more common among people older than 65 years old. The Department of Health (DOH) reports that on average, the patients are diagnosed at about 80 years old.

DOH says that the risk becomes higher if you have a first-degree relative (parent or sibling) with the disease. Women are also at a greater risk than men, as well as those with high blood pressure and high cholesterol. Furthermore, it was found that serious traumatic and repeated injuries to the head may also be a factor in developing Alzheimer's disease later on.

Alzheimer's disease has no cure, but scientists are continuing the research. Treatments are available to help manage the symptoms, and these depend on specific Alzheimer's stages. Inhibitor drugs are commonly used to boost or regulate the chemicals that affect our brain functions.

While research is not yet conclusive regarding its prevention, experts say a brain-healthy lifestyle could be the key. This includes regular exercise, a healthy diet, quality sleep, and regular mental stimulation, like learning a new language or solving puzzles. Social engagements like going out with friends and families are also beneficial, as well as learning to manage our stress levels.

Caring for a Loved One with Alzheimer's disease

If you have a loved one suffering from Alzheimer's disease, caring for them begins with understanding what they are going through. Learning more about Alzheimer's disease is a good first step. You may also have to exercise more patience and flexibility as the disease progresses.

Set-up a routine to reduce frustrations. This allows you to schedule your time and their time wisely for daily activities such as bath time and eating. It also helps you plan out tasks, because these may take more time to accomplish.

As much as possible, it is best to involve the person with dementia in the accomplishment of the task and provide them with simple instructions so they can do things on their own. To help them focus, limit the distractions such as television and other gadgets when they are engrossed in a specific task.

More importantly, creating a safe environment is essential for people suffering from Alzheimer’s and other forms of dementia. For those in the progressed stages, limiting the opportunity to be lost in a crowd should be observed. To avoid risks of injuries, hazards that can cause falls (rugs, cords, bars, etc.) should be minimized or removed altogether. Make sure that locks are also installed on storages of potentially dangerous objects and chemicals such as toxic cleaning materials.

Keep in mind that the needs of a person with Alzheimer's disease may vary for each case. Patients may experience the symptoms and progression differently so, it is best to tailor-fit your care according to their needs.