Why Vaccination is Important

Vaccines are important in keeping you and your loved ones safe from some of the most dangerous diseases out there. With recent fake news spreading misinformation and lies about vaccines, it's important to stick to the facts. 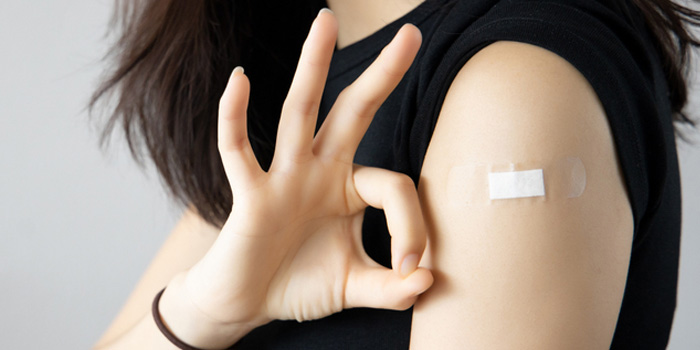 With the threat of the coronavirus hanging over everyone around the world, it has become more and more important to keep yourself, your family and your friends vaccinated.

Nonetheless, vaccines have also been heavily criticized by some. In light of that, it's important to remind ourselves of the benefits and protection that vaccines provide us.

Have you ever heard of the story of a Roman emperor who developed an immunity to poisons by drinking smaller amounts of the actual poison gradually over the course of months? Vaccines work under the same principles — except it's much faster and way less likely to kill you.

Vaccines are an important type of medicine to fight against diseases, especially for those who do not have permanent cures. Vaccines don't really "cure" a disease. It prevents your body from being affected by it in the first place. As such, vaccines have (partially or completely) eradicated some previously fatal diseases such as polio, smallpox, and the dreaded black plague.

How do vaccines work?

Vaccines are produced by a variety of methods. They may contain:

In essence, they're made of dead or very weakened antigens. These antigens are detected by the body's immune system as if they were a virus. Don't worry though, because it will only be a "fake" illness to trick the body. This signals our body to produce the needed antibodies and counter the diseases without actually being at risk of dying from it. The infection isn't a risk at all, and yet the body's immune system will still fight it as if it were a real disease.

Once the antigens are all destroyed, "memory cells" will stick around those will reactivate the same "defense protocol" to fight the disease when you are infected by it for real. Since the body has already done this before, it will respond with antibodies faster, and the disease cannot do any real damage. Think of it as a "fire drill" for your body — preparing your immune system so that when the disease actually comes, your body is already ready to fight it.

Vaccines are important for any age, but it is most crucial during a person's formative years. Being vaccinated as early as infancy is important because that is when a person's body is at its weakest. When you are a child, your immune system isn't nearly as experienced in fighting antigens, which is why vaccines "faking" the disease is so important. It allows the child's body to fight the disease without putting them at risk of the real disease. Adults still need to take vaccines as necessary of course, but it's usually only needed when a new disease suddenly spreads.

Vaccines undergo a rigorously long and strict screening period before they are even tested on humans. Still, it's important to consult your doctor for any possible vaccination. People with weak immune systems, existing illnesses, or severe allergies may have some harmful side effects from vaccines. Of course, while the risk of this happening is quite low, it's still better to do your due diligence to stay safe and healthy.