Dopamine doesn’t come in a pill. it’s something your brain produces for itself. Here are a few ways to boost your dopamine levels. 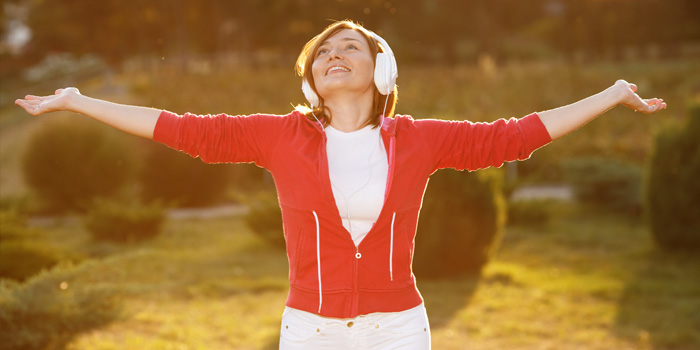 Dopamine is a neurotransmitter that our brain produces to push us into doing stuff. It is an essential brain chemical that influences your mood and feelings of reward and motivation. It helps regulate body movements as well. It’s the primary reason why we can focus and achieve great things even if the payout isn’t immediate or obvious.

You can’t take dopamine – it doesn’t come in a pill – it’s something your brain produces for itself. Levels are generally well regulated by the body, but there are a few diets and lifestyle changes you can make to increase dopamine levels in your system to help you stay focused, productive and motivated.

Here are a few ways to boost your dopamine levels.

When dopamine is released in the brain, it creates feelings of alertness and wakefulness.

Most of us know that people get cranky when they don’t get enough sleep. When people are forced to stay awake through the night, the amount of available dopamine receptors in the brain is drastically reduced by the next morning. Since dopamine promotes wakefulness, reducing the sensitivity of the receptors should make it easier to fall asleep, particularly after a night of insomnia.

Having less dopamine typically comes with other unpleasant consequences like the inability to concentrate, and poor coordination. Getting regular, high-quality sleep helps keep your dopamine levels balanced and helps you feel more alert and high-functioning during the day.

While sugar gives you a dopamine kick, it’s not a healthy one and will make you dependent on it. Avoid aspartame as well. It has been discovered that it reduces levels of dopamine in your brain as well as diminishes serotonin production. The key is moderation.

Human contact triggers dopamine production not only for you but for the other person as well. So get your dopamine fix whether you’re cuddling your spouse, hugging the kids or even shaking hands with colleagues.

Studies have shown that if you listen to music you really enjoy, the brain releases dopamine as a reaction. Several brain imaging studies have found that listening to music increases activity in the reward and pleasure areas of the brain, which are abundant with dopamine receptors. That’s another reason to stock up on your favorite songs and save them in your phone, so you can boost your mood by simply putting on your headphones.

It’s well known that periods of low sunshine exposure can lead to reduced levels of mood-boosting neurotransmitters, including dopamine, and that sunlight exposure can increase them.

When you’re exposed to sunlight, not only does this increase your number of dopamine receptors, it also gives you vitamin D, which in turn activates genes that help release dopamine. It’s generally recommended to limit sun exposure during peak hours when ultraviolet radiation is the strongest, typically between 10:00 am and 2:00 pm, and to apply sunscreen.

A balanced diet that contains sufficient protein, vitamins and minerals, probiotics and a healthy amount of saturated fat can help your body produce and maintain the dopamine it needs. Lifestyle choices are also important. Getting enough sleep, exercising, listening to music, and spending time in the sun can all boost dopamine levels.

Overall, a balanced diet and lifestyle can go a long way in increasing your body’s natural production of dopamine and helping your brain function at its best.