Vaping Facts | Is It Safer Than Cigarettes?

70% of Filipinos favor vaping because they believe that this is a safe alternative to tobacco products, but is vape really safer than traditional cigarettes? 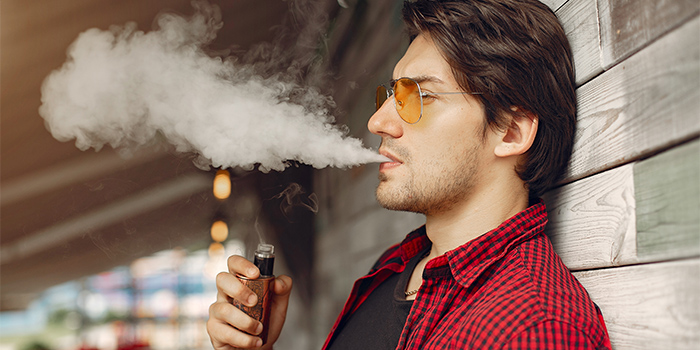 People smoke because of several reasons — it could be for pleasure, to relieve stress, or just for occasional purposes. While others are still in control of their tobacco use, some are in the stage of switching to an alternative. One such option is the electronic cigarette, more commonly known as vape. But is vape safer than cigarettes?

Many studies have revealed that people who use vape are those who want to slowly quit smoking. In fact, in 2016, 70% of Filipinos favor vaping because they believe that this is a safe alternative to tobacco products. However, last July 2019, the Department of Health (DOH) and the Food and Drug Administration (FDA) warned the public on the health risks associated with electronic cigarettes.

This caution to the public incorporates both the use of Electronic Nicotine and Non-Nicotine Delivery Systems (ENDS/ENNDS). It has been found that the use of e-cigarettes is just as addictive as traditional tobacco cigarettes because of the ultra-fine particles, volatile organic compounds, carcinogens, heavy metals, and nicotine found in these devices.

Health Consequences of E-Cigarette Use

Vape users are more likely to be exposed to a high level of toxins that are found in e-cigarette juice. These two primary chemicals are propylene glycol and vegetable glycerin. The inhalation of these harmful chemicals from the vapor that it produces can cause permanent lung damage such as emphysema, chronic bronchitis, and lung cancer.

While the investigation regarding the long-term effects of using e-cigarettes are is still ongoing, it is still not safe to consider this as an alternative especially to those who use e-juice with nicotine substances. This is because high doses of nicotine intake may cause Tachycardia, a condition that makes your heartbeat more than the usual 100 times per minute. Some studies also revealed that e-cigarettes with nicotine substances may also cause a person to experience high blood pressure, seizures, coma, or death.

First Vape-Related Injury in the Philippines

The first E-cigarette or Vape-Associated Lung Injury (EVALI) in the Philippines has been reported on 19 November 2019. The 16-year old female patient met the criteria for EVALI based on the published health guidelines of the US Centers for Disease Control (CDC) for a national outbreak of EVALI.

It was August 2019 when the DOH and FDA ordered all government hospitals to report E-cigarette-associated lung injuries at a time of the increasing reports of EVALI-related fatality in the United States. According to DOH Secretary Francisco Duque III, the patient has consumed flavored liquid e-cigarettes daily for three to four months and later combined with a traditional tobacco product.

Based on the said report, the patient is non-asthmatic and not into any drug consumption, yet presented symptoms of severe shortness of breath that require oxygen supplementation and admission to the Intensive Care Unit (ICU).

Amid the confirmation of the first case of EVALI, health officials warned the public against the use of vaping products. While it is still unknown if E-cigarettes are less harmful than the traditional ones, reducing exposures to these products is still highly recommended.

FDA officer-in-charge Eric Domingo also said that the best way to quit smoking is to consult a medical expert or counselor and stay away from aerosol emissions.