Biking is indeed a fun exercise, but what kind of bike should you ride? Is there a difference between wheels and pedaling in one place? Let's talk about the benefits of biking and which style suits you better. 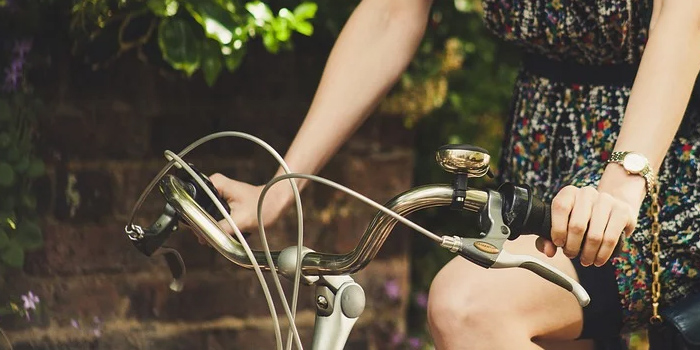 The bike is one of the most innovative inventions that mankind has ever created. Predating the first motorcar by several decades, bikes were seen as more of a toy than the fitness machine it is today. In this day and age, there has been a hot debate going on about bikes. What is better for you? Is it the safety and intensity of a stationary bike, or the thrill and cardio of going out on the road with a real bike?

Well, the truth is that both machines have their uses. Let us expound the similarities and differences between the two, and which suits your lifestyle better.

Both are great cardio exercises. Most people like to use either machine as a way to lose fat easy compared to jogging and running on the road.

Whether it's on the open road or in an air-conditioned gym, riding a bike helps relieve stress and improve one's mood. The repetitive motions help your mind focus on other things, and can be part of your workout routine.

Biking can burn a lot of calories fat too, if you're consistent with it. While running is still more optimal for weight loss, biking is still an effective alternative. This is especially true for those who love traveling long distances, or maybe the opposite for those using stationary bikes who want indoor exercises.

While you technically do the same thing on both machines, the benefits you get from them are actually quite different!

A stationary bike is a sturdy piece of equipment tailored to be as easy to mount and dismount from. Unlike a real bike, you can enjoy the cardio benefits of a stationary bike from the comfort and safety of a gym or your home. There are no errant drivers or snapped bike chains to worry about!

Unlike a real bike, you don't need to practice riding a stationary bike. The absence of wheels surprisingly means a very balanced piece of machinery that any person with a butt and two legs can use! Just hop on and start burning calories.

While the resistance of a stationary bike is adjustable, it is generally not nearly as intensive as actual biking. Not having to worry about balance, coupled with its ease of use, makes the stationary bike a great, low-impact workout. Plus, not having a road to worry about means your movements will be much smoother and streamlined.

The resistance of real bikes cannot be easily adjustable. The heavier resistance of the stationary bike activates your thigh muscles even better than a real bike ever could.

Real bikes are generally a lot cheaper and easier to store than a stationary bike.  Not only that, a real bike can be used as a means of transportation, so that makes it a lot more useful for everyday tasks that might need a short commute.

Being able to exercise outdoors has shown to have an increased effect on a person's mood. Open-air rides can make a person feel excited about working out.

Bikes are a high impact exercise. Unlike a stationary bike, a real bike will work out your entire body. Stationary bikes only focus on legs and core while a bike has a higher effect.

Above all, there's really not one machine that's better than the other. These bikes offer similar benefits but suit different lifestyles.

For those who like the outdoors and a full-body workout, real bikes are the way to go, while stationary bikes are for those people who like working out indoors and strengthening their legs.