Red meat is a hotly debated food in health circles around the world. Many experts have conflicting opinions about whether or not it's good for you. In this article, we will see the harms and benefits of consuming red meat. 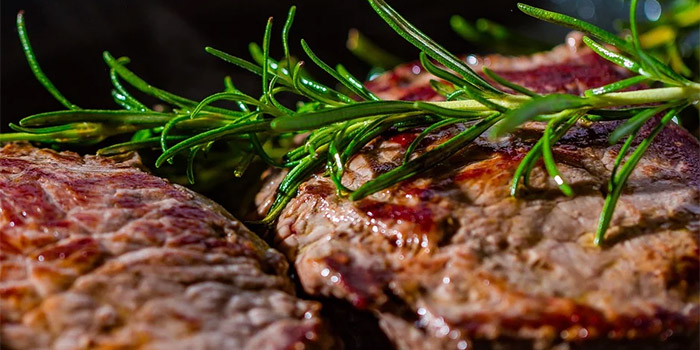 Red meat is delicious. There's no point denying it. It's one of the best kinds of meat you can eat whether you are in luxurious, Michelin-ranked restaurants or the local barbecue steakhouse. It's also one of the most filling foods you can ever eat. It's filled with protein and enough calories to make a man full. However, it's also full of saturated fat and cholesterol. The debate of whether or not red meat is good or bad for you has been a hot topic in the past decade.

In the early 2000s, there was a big red meat scare that led to the current trend of lean meat and vegetables being the healthy alternative. However, recent research has claimed that maybe red meat isn't nearly as bad for you as once thought. In this article, we'll be talking about what the deal is with red meat in the new decade.

What Is Red Meat?

Red meat is meat that contains high amounts of a protein called myoglobulin, which stores oxygen for muscles to use. In culinary, red meat is usually defined by meat that has a red tint when cooked. Certain cuts of pork and fowl can be considered red meat as well, despite not being nearly as red as beef.

Red meat comes from the following:

Processed meat is most commonly sourced from red meat. Hotdogs, luncheon meat, beef jerky and bacon are some examples of processed red meat. This leads right into the reason why red meat is considered bad for you.

Why Is Red Meat NOT GOOD for you?

Red meat is filled with cholesterol and saturated fats. Because of this, red meat can be a factor in diabetes and other cardiac diseases.  The fact that it's delicious is also another reason it's so bad for you. Normally, most bad foods tend to make you feel worse after you eat too much of them. Red meat is so savory and sought after that when we have it in front of us, we can't help but eat a lot of it.

Another factor, and likely the biggest reason for the red meat scare, are the chemicals called heterocyclic amines (HCAs) and polycyclic aromatic hydrocarbons (PAHs). These compounds are said to increase the risk of cancer when the fat and flesh of the meat is burned. To prevent this, trim the fat as much as possible, and cook the meat at the proper temperature.

Of course, people have been eating red meat for thousands of years and remained perfectly healthy. That's because red meat actually does have a lot of benefits for you. It is highly dense in protein and calories, which makes it perfect as a filling part of your diet. It also contains Hema-iron. Hema-iron is the most easily absorbed iron found in food. It's hard to get iron from vegetables and fruit. The body finds it much easier to break down Hema-iron from meat.

The danger of red meat is not really from the meat itself, but how it's eaten and prepared. Always remember to eat it in smaller portions, and to cook it properly. Improper cooking and overconsumption are why the dangerous compounds in red meat become dangerous.