Not all bacteria are antagonists; some are soldiers that fight for the maintenance of the human body. 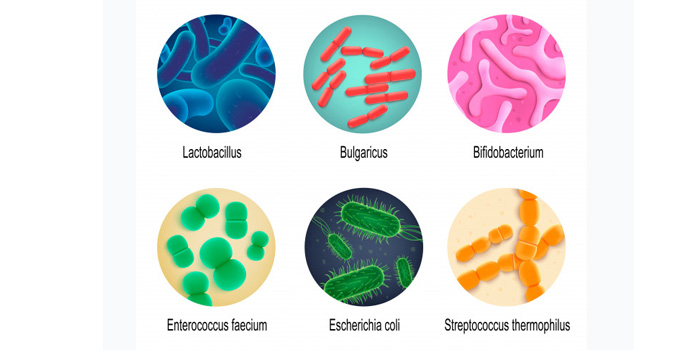 People’s perception of bacteria has historically been fairly antagonistic. They have gotten a bad repute as they are generally perceived to be the mastermind behind different diseases like pneumonia, diarrhea, flu, food poisoning, and many more, which wreak havoc on the human body. This is the reason why most people diligently disinfect themselves and keep a distance from these microorganisms. Undeniably, bacteria can be harmful, but some species of bacteria are needed to keep us healthy. In fact, there are approximately 100 trillion good bacteria that reside in the human body, many of which are present in our gut.

Contemporary science confirms the benefits of certain bacteria in the human body, to the point that many of them have been developed and assimilated into various food supplements and products. Many of these examples are considered probiotics. These are live bacteria and yeast that are generally accepted to be beneficial to the human body. They are often stored in supplements and some foods, like yogurt. But, how exactly are they beneficial to humans?

First, probiotics help in addressing digestive system issues. From the mouth to the gut, probiotics control harmful microorganisms like germs. It is proven that oral probiotics prevent and aid in oral problems. A species called A12 fights other bacteria that cause tooth plaque. Streptococcus salivarius prevents bad breath and Lactobacillus reuteri reduces symptoms of gingivitis. Another example, Lactobacillus brevis, found in probiotic milk, has been found to decrease oral inflammation. In addition, probiotics have been a great help in reducing the number of bad bacteria in the gut that cause infections and illnesses. A number of probiotics have been tested for their effect on slow intestinal transit, mostly of the Bifidobacterium lactis species. They have been shown to be very successful in reducing the risk of Antibiotic-associated diarrhea (AAD). Lactose-intolerant individuals may also find probiotics helpful in easing the symptoms of their illness, as supplementary bacteria can compensate for their impaired digestion. In this way, food and supplements that contain probiotics may assist the "good" bacteria that are already present in your gut.

Second, probiotics play an important role in the overall health of the skin. A 2016 study suggests that probiotics may have a positive effect on atopic dermatitis treatment. The pieces of evidence from these various research groups clearly suggest that probiotics could have a positive effect on AD treatment and other skin allergies, specifically in decreasing the severity of these ailments, though that depends on multiple factors, such as specific probiotic strains, time of administration, duration of exposure, and dosage.

Third, the positive effects of probiotics on the brain and mental stability. It is known that the brain has its own psychobiotics that have mental health benefits. This aspect of the human body focuses mainly on the gut-brain connection. Gut-brain signaling mechanisms enable psychobiotic effects, such as metabolite production which is imperative in maintaining the equilibrium of the body. In addition, existing research demonstrates the effectiveness of probiotics in addressing issues surrounding depression. Two consecutive studies, dating back to 2017 and 2016 respectively, suggest that the probiotic bacteria Bifidobacterium longum NCC3001 mitigates indications and symptoms of depression and other forms of anxiety. It was also found that when probiotics are combined with medications and psychotherapy, better therapeutic effects are achieved.

To conclude, let's not be too fast in dismissing all bacteria as bad, as many of them can serve to supplement or even replace bodily mechanisms to promote good health. If you haven't already, give probiotics a try and integrate them into your diet! Your stomach will thank you.