If you want to explore and try other meat, Peking duck is a healthier choice that offers a lot of nutritional value. 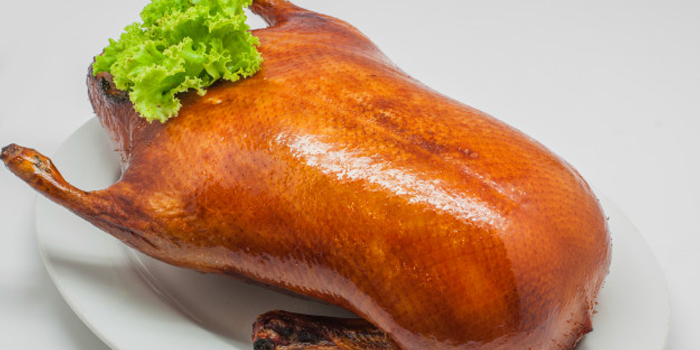 When you think about parties and celebrations, of course, food is always on the top list part of the event. And chicken, pork, and beef are perhaps the food that comes into your mind. You probably don’t think about ducks to be one of the stars of the table.

Although duck is one of the less commonly consumed meats in the Western world, it is also a healthier choice. It is a type of poultry that is widespread in China, which is considered the “Home of the Peking Duck”.

China produces around 65% of the global duck meat production, which is also by far the biggest producer. The Chinese dish "Peking Duck" is the best known duck meat dish in the world.

Peking duck is an iconic Beijing dish that can be traced back to the Southern and Northern dynasties (420-589). However, it was during the Yuan dynasty (1271-1368) that it was associated with the imperial court and was first recorded in a 1330 cookbook by Hu Sihui, a royal dietary physician. The duck was roasted inside the sheep’s stomach.

What good health benefits can we get from eating ducks?

Every time you eat, this should always be a question in mind, “What good will this food give my body?”

Duck offers a reasonable amount of protein and a relatively higher fat content, compared to other meats. Some may worry because the majority of the fat comes from the skin. However, it can be removed if you want lower fat or calorie intake.

The primary mineral in duck meat is selenium which offers a lot of nutrition value.  Selenium is an antioxidant that has benefits related to inflammation and immune response.

Similar to many other kinds of meat, duck is predominantly a source of vitamin B.

The skin of the duck is a major source of dietary Glycine. It contains 1614 mg per 100 grams. Glycine is an important amino acid that plays a wide range of roles within the body and one is helping the body to produce serotonin, a hormone, and neurotransmitter that has significant effects on sleep and mood. Also, it helps in the health of the skin and in wound healing.

Peking duck is also a good source of protein just like other meats. Some of the functions of protein in the body include build and repair of the cells, enhance immune system, build muscles, structure and the overall health of skin, hair, and nails.

Chicken meat is very much familiar to our tastebuds but duck meat is more flavourful. It has a much tender and juicier meat than chicken and turkey.

The nearest comparison would be the darker parts of other poultry, but duck is still more flavourful.

Yes, duck meat has a lot to offer, from several beneficial nutrients to a great taste.

While it may be wise to check the origin of duck if it is wild (or game) meat, the overall nutrition profile makes duck a healthy choice.