Meatless Meat | The Future of Cuisine?

While meat alternatives are nothing new in the food world, meatless meat is a different beast altogether. These products don't seek to be an "alternative", they seek to replace meat products completely in the future! 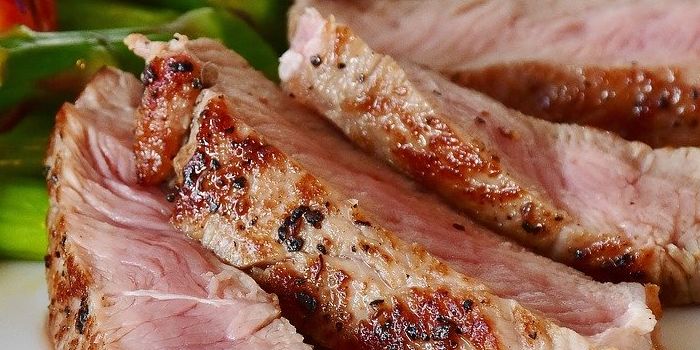 Humans are naturally omnivores. We evolved to learn to eat whatever we can, because back in ancient times, we couldn't afford to be picky. We'd readily eat berries on the way to hunt for animals and their meat. As we grew more intelligent, we learned to season our meats with vegetables to make a meal more enjoyable. In a few centuries, we learned to raise cattle instead of hunting for one. Now, in the 21st century, we can afford to be picky. More importantly, our pickiness may be the key to saving our environment.

It's no secret that factory-farmed meats are a controversial issue. Some people view free-range meats to be the humane solution to our problem, but laws are easy to abuse. So, what do we do to ensure our meat is safe to eat and came from humane conditions?

To that, scientists say, "Why don't we just make our own meat?"

The MEATLESS Meat
You read that right. Instead of killing a real animal, some intrepid scientists have invented a way to create meat that can mimic the taste and texture of real meat. While it's still in the early stages, some iconic foods have already been recreated using these beef substitutes.

However, what exactly is "meatless meat" made of?

One could argue that  the falafel, an iconic dish of Middle-Eastern cuisine, was the foundation of "meatless meat". These balls made of chickpea and various spices deep fried in oil provide a strong source of protein and hearty flavor. It's no wonder these meatless meats used it as a base for making meat.

The Impossible Burger, as well as Beyond Meat, two meatless meat companies in the United States, have taken the industry by storm with their beef substitutes. Unlike a falafel, these legume patties are juicy and reddish pink in the center, like a medium-rare burger. Only the most seasoned of meat eaters would be able to tell the difference. What makes it fascinating is that it's not just the taste it simulates. A common critique of the vegan lifestyle is the lack of meat-based nutrients, but not anymore. A legume beef patty provides the same, if not more, nutrients than a real beef patty.

Be warned though, despite all of that, the beef taste comes at a price. It took a lot of processing to make it taste authentic without using meat. The legume patty contains saturated fat from the soy present within its ingredients, according to Harvard Health. Don't worry too much though, because it's about the same amount of saturated fats in a regular beef patty. Like real burgers, it's best to eat this product in moderation. Even better, you no longer have to worry about the fact that an animal had to die in cruel circumstances for your lunch.

Plants are good and all, but they're still plants. Some meat eaters want real meat. The kind that came from an animal, like what our ancestors have eaten for thousands of years. While hunting is a perfectly fine and environmentally friendly way to get meat if you're against meat factories, not every person can hunt. To this concern, scientists have begun research on cell-based meat.

In a recent convention by the Good Food Institute, these scientists have discovered a way to grow meat without the need of livestock. By taking the cells of a real animal then cultivating it in a laboratory, scientists have been able to create authentic slabs of organic meat. While it is far from being in any Impossible burgers anytime soon, the future is hopeful for lab-grown meat products that no longer need the expense of animal life.