With all the available food for us to munch on, why do most of us naturally bend towards those that are, well, damaging to our health? Is it because we prioritize taste over effect; or is it simply because we tend to forget? 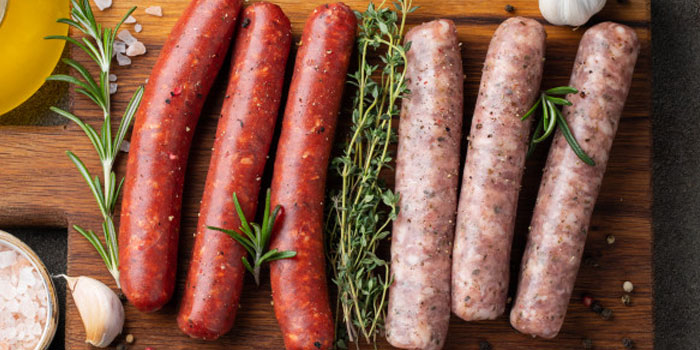 We know processed meats become unhealthy when over consumed. In reality, it is difficult to control the food intake as you continuously enjoy that well-loved, staple dish on your plate. We admit here's an enjoyable, comforting feeling as you taste the familiar flavor of your favorite corned beef, cured bacon, hotdogs, or sausages.

In an article published by Healthline Media, the meat becomes processed when they are smoked, cured, dried, canned, or mixed with salt or preservatives. Consequently, these methods give way to the production of sausages, hotdogs, ham, bacon, beef jerky, corned beef, canned meat, and even meat-based sauces like Carbonara, Bolognese, and Picadillo.

Meanwhile, if the meat has only been frozen, or if it just underwent mechanical processing such as cutting and slicing, then we can still consider it as unprocessed.

The Risks of Processed Meat

Processed meat has been linked to various harmful effects on our health, and has been associated with many chronic diseases such as hypertension, heart disease, and even chronic obstructive pulmonary disease (CPD). Studies show processed meat is associated with increased bowel and stomach cancer risks.

Processed meat contains harmful chemical compounds like heterocyclic amines (HCAs), sodium chloride, and N-nitroso compounds. Some of these compounds are cancer-causing substances used as additives in meat products. Sodium nitrite, for example, preserves the red or pink color of meat. It also prevents the growth of bacteria but can turn into harmful N-nitroso compounds, which causes gastric and esophageal cancer.

In addition, meat products are generally high in sodium chloride. This functions as a preservative but also works to enhance the taste of processed meat. Also known as table salt, increased consumption can lead to hypertension and heart disease. The risk is especially heightened for those who suffer from salt-sensitive hypertension.

Processed Meat and the Unhealthy Lifestyle

It has also been observed that people with unhealthy lifestyle habits have a higher preference for eating high amounts of processed meat. For example, they are more likely to smoke and have a lower intake of fruit and vegetables in their diet. Therefore, it is still possible that the connection between processed meat and illnesses is further compounded by these unhealthy lifestyle choices.

Experts say eating processed meat on an occasional basis should be fine. It should be the main source of energy in our diet. We can always try not to eat them every single day.

If you are still keen on eating processed meat, low-sodium meats are the better good choice, such as low-sodium turkey. As much as possible, choose fresh meat and base your diet on fresh whole foods. Eggs, tofu, nuts, canned or dried beans, chickpeas, or lentils are good alternatives to processed meat. Tuna, even when canned can offer an inexpensive but still tasty filler for your sandwich.

Processed meat may be the convenient choice we have been accustomed to, but it is also important that we look for healthier options when it comes to the food we serve ourselves and our families. With these alternatives, we will be able to enjoy our meals and keep sickness at bay.