How Music Makes Us Healthy

Music is a beautiful and spiritual experience. In this article, we'll be explaining why music has such a profound effect on us, and the benefits that these effects can bring. 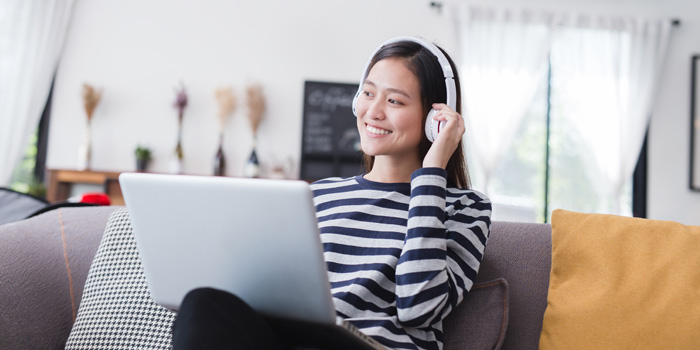 What Music Does To Us

The core chemical that music produces from our brain when we listen to it is called dopamine. Dopamine is not just crucial to our motor movements, but it also has the effect of giving us a pleasant "buzz" when we do things we enjoy, such as eating or socializing.

Music, on a biological level, is not necessary to living. If that is so, then why does music give people the same feeling of happiness that we get from food and friends? The truth is, there is no concrete reason as to why. Apparently, we just like music because music makes us feel good.

Nevertheless, the widely accepted theory is that it was a form of communication.

Scientists theorized that we learned to sing way before, we learned how to talk as a species. This makes sense, because humans probably observed birds communicating and mimicked it to become better at communicating. Eventually, humans learned that certain "songs" mean different things. Maybe a sonorous cry meant danger (hence the association of rock music with intensity) and pleasant humming meant safety (hence the relaxing sounds of jazz and blues). It's easy to believe that these signals soon became abstract, and turned into the music we know today.

Georgia State researchers have found a difference in appetite between those who eat a meal with no music against those who eat with music. When a person's mind hears music they enjoy, they tend to eat slower so they can better appreciate the music.

Music can make us feel a lot of things. For some people, they work out at their best when they are listening to songs that are constantly pumping them up. Not only does music make the monotony of workout routines less painful, but it also serves as a mental boost to go for just one more rep!

Whether you are playing music or simply listening to it, music can help alleviate stress. It lets our mind wander into a different place away from our problems and can ground us when things might be getting a bit too much. Musicians have an easier time calming down when they are playing instruments.

In a study by the US Institute of Health, it was discovered that having music to listen to while studying improved learning habits. When a person's mind starts to associate the tedium of studying with the happiness of music, it becomes much easier. Not only that, the music serves as a "pattern" for people to remember. For example, if you were listening to a certain song while studying history, singing the chorus of that song might help jog your memory!