Facts You Need To Know About Salmonella

Don't let Salmonella make you or your loved ones sick. Here are some facts about this bacteria that you need to know. 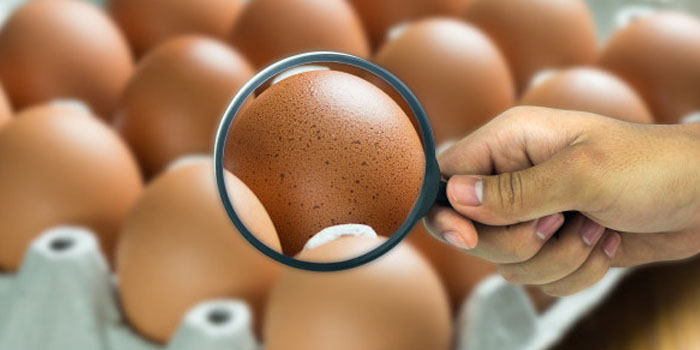 Have you ever heard people say that you should not eat raw or undercooked beef, pork, or poultry? Well, you might have been told for you to avoid contracting a Salmonella infection.

The word Salmonella refers to a group of bacteria that causes Salmonella infection. Most people call it Salmonella, although the infection itself called Salmonellosis.

You can get Salmonella by consuming contaminated water or food, fresh produce, and raw eggs. The infection can also occur when a person touches something contaminated with the bacteria, including pets such as birds, and reptiles.

This type of bacteria typically lives in animal and human intestines, and can then affect the intestinal tract. Symptoms such as diarrhea, abdominal cramps, and fever may develop within eight to 72 hours of contracting the bacteria. Nonetheless, some people with salmonella infection may show no symptoms at all.

There are several different types of Salmonella infections, and among the most common are:

Typhoid Fever could be a serious sickness caused by Salmonella typhi bacterium. Most people with Typhoid Fever experience symptoms such as high fever, headache, constipation, or diarrhea. According to recent studies, Typhoid Fever remains a serious threat worldwide and children are at the greatest risk of getting the disease.

To prevent Typhoid Fever, make sure that you have facilities for safe drinking water, adequate sanitation, and access to medical care. Vaccines are also recommended if you live in areas where the risk of getting typhoid fever is high.

Gastroenteritis is commonly known as ''stomach flu''. It may also refer to food poisoning. Just like any other type of Salmonella infection, gastroenteritis is caused by bacteria or parasites that spread through contaminated water or food.

The symptoms of this disease can be quite similar to other Salmonella infections, yet some people may show much worse symptoms due to inflammation of the lining of the gut. According to a study conducted by the US National Library of Medicine, the most common problem with gastroenteritis is dehydration. It is when a person does not drink enough fluids to replace what they lose through vomiting and diarrhea.

There are lots of preventive methods that would help avoid the spread of bacteria to other people. This is vital, especially when preparing food for children, the elderly, or people with weak immune systems.

Washing your hands thoroughly is one of the most important steps you can do to avoid spreading germs and getting sick. It is recommended to wash your hands before and after eating, right after you use the toilet, touch pets, handle raw meat, or touch unclean objects.

Observe Cleanliness in the Kitchen

Your kitchen's countertops and chopping boards must be properly cleaned before you use them. Of course, kitchen essentials such as spoons, knives, and other utensils must be sanitized as well to avoid the spread of germs.

When preparing food, you must keep different types of food separately to avoid cross-contamination, especially between raw meat and vegetables. It is also crucial to refrigerate food properly to avoid the growth and spread of bacteria.

Keep in mind that taking steps in preventing Salmonella infection can save not only you but also the people around you.