Aim For A Healthier Body Through Archery

Archery is one of the most ancient forms of sport. To this day, when hunting with bows has long lost its necessity, people still practice the skill. What benefits do they reap from doing this? Let's find out in this article. 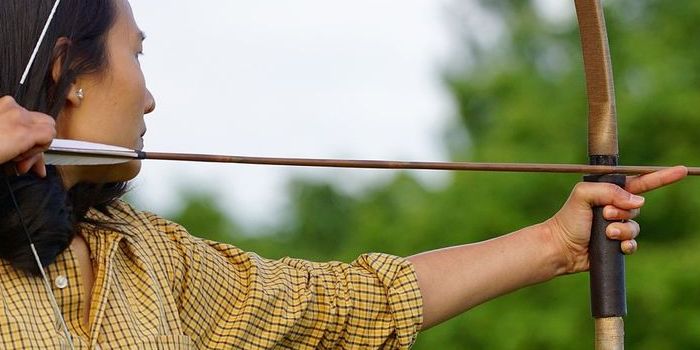 In today's day and age, many sports have come and gone. Of all of them, archery is one of the most ancient and most practical. It got lost in the limelight for years. But then a book series called Hunger Games which all had been developed into films, became overwhelmingly popular, archery skills spiked interest in pop culture.

Archery is a testament to the sport that it has stayed relevant up to this day. Despite looking simply, it's a sport that requires a lot more strength and finesse than you would originally think.

Let us learn its history and benefits we can reap from practicing it as a sport.

Archery is the skill of using a bow and arrow to shoot a target from a measurable distance. While any person can likely pick up a bow and arrow, not many will be able to wield it properly, or even draw a bowstring. It's a discipline that reaches back to the start of humanity's discovery of tools, and so, strength and precision are an important trait for would-be archers.

In today's times, archery is considered an Olympic-class sport. In some areas, it's even still used by rural citizens to hunt wild games in the forests.

An often-underestimated aspect of training with a bow and arrow is the sheer strength required to use one. In fact, much like bowling has differently weighted balls, so does archery have different weight classes depending on the user. The heavier the resistance of the bowstring, the more strength it needs from the user.

Constant practice of archery will work out your biceps, pectoral muscles, and large back muscles. These muscles are the muscles you need to use to consistently shoot a bow properly.

If you've seen movies with archery, one of the tips that the master archer will always give is to "control your breathing."  Another misunderstood aspect of archery is that you can just draw a string and let it fly with physical strength alone. Breathing is crucial to getting your muscles to where they need to be for a perfect arrow shot. The proper style of breathing in archery should be as follows:

Archery is a sport with one move. Ready, draw and loose. By repeating this process, it trains your muscles to get used to an intensive process. At the same time, this makes your overall mental and physical movements much sharper and refined. This can be applied to many little things in life.

It's a sport that is physically taxing in short bursts, but with enough repetition, it can come as easy as riding a bicycle.

The archers in fairy tales are always renowned for being silent and efficient. It is a sport that requires a lot of mental focus and discipline. What archery can do for your physical coordination, it does the same for discipline and patience.

Archery is a sport that is underrated by those who want to look for a new sport. Its simplicity and ease of learning make it fun for newbies, but also an intense and rewarding workout for veterans. It may not have a lot of variances, but the martial skill and physical exercise you get from archery are certainly powerful.