The Japanese Diet is educating us that we do not need to go crazy over strict diets and restrain ourselves from our cravings. It is only a matter of being mindful about what you eat and how you eat it. 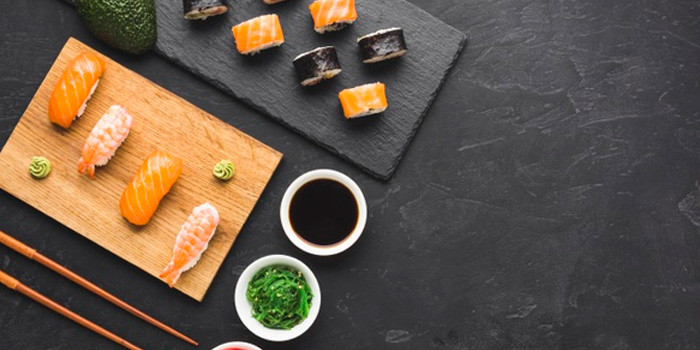 Japanese people are noted for having good skin, long life and are youthful – looking. Most people might be wondering how were they able to achieve those things.  You might think about how difficult it would be to mimic what the Japanese do as it will probably cost you a lot of time and money. It is not the creams or pills with the fine technology that makes them like that. It is the Traditional Japanese Diet that saves and make their day.

Considered as one of the healthiest diet in the world, but why exactly and how does it out shine other diets?

It might sound plain that only fish and vegetables are the main staple of the traditional Japanese diet, yet so efficient and easy to apply. According to the US Department of State, its archived information that was released on January 20, 2001 – January 20, 2009 cited Japan as the highest number of people who have reached the age of 100 in the world as well as the lowest risk of age-related diseases such as diabetes, cancer, arthritis and Alzheimer’s. Compared with the Westerners and other races who had only lived an average of 75 years. Japan is a country engulfed with a group of islands that makes them eat more fish than most Asian countries do. Japan’s fondness to eating fish and vegetables makes them fit and strong than those people that adapt on the western diets.

A certain number of Japanese people adapted the western diet that had them gain weight easily. Thus, the claim that Japanese genes had something to do with their being fit were not proven. Their traditional Japanese diet which includes a lot of fish and vegetables had so much to do with their vigor and resistance to illness.

How do they prefer to prepare this diet?

According to Naomi Moriyama, co-author of Japanese Women Don't Get Old or Fat: Secrets of My Mother's Tokyo Kitchen, Japanese are living and eating foods in its healthiest form and believes in portion control. Eating in small quantities makes them a firm believer of enjoying many kind of food in small portions. They believe that if they see plenty of food in their plate, it will drive them to eat more while seeing a small portion on their plate helps them to savor the food and eat slowly.

The Japanese Diet is educating us that we do not need to go crazy over strict diets and restrain ourselves from our cravings. It is only a matter of being mindful about what you eat and how you eat it. The Japanese diet is teaching us the discipline to not count our calories and register to an expensive gym. What we have to flex and exercise is self-control and the choice to live a healthier life in no time.